How to Run Demos That Win the Sale! 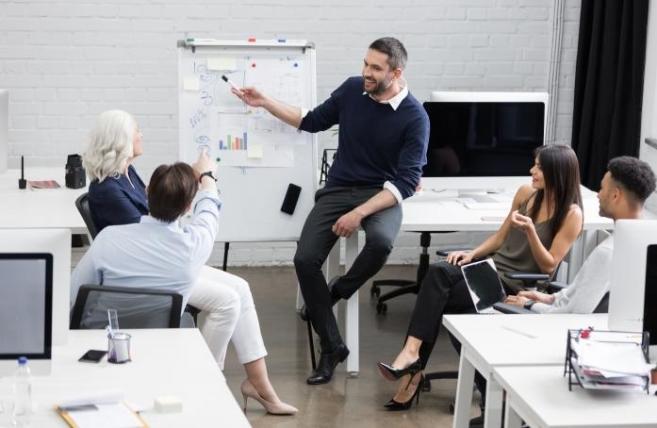 Todd finally learned that he had lost the large deal. He was confused and thought his demo had gone well.  A month had passed since he was told by the prospect that he had “done a good job presenting his software!”  What could have gone wrong?

Some of the most talented sales professionals don’t know the difference between a demonstration that closes vs. one that loses the sale.  Let’s look at the top 5 reasons why product and service demonstrations fail, and what you can do about it.

1. The salesperson overwhelms the prospect with features and functions:  The sales or technical person has learned every feature of the software and so they present every feature! The problem with this is that much of what gets presented is overkill, and maybe downright confusing. Why? It doesn’t address any of the prospect’s problems.  Though the prospect might seem impressed with the scope of all of the features and give you a “very impressive” reaction, they don’t buy. The salesperson first must probe and ask question that uncover the issues that are most important to the prospect, and then present those features that are most important to the prospect – those that address their unique needs and solve their unique problems.

2. The salesperson is too eager to answer all of the prospect’s questions: Since many presenters of demos are armed with loads of technical knowledge, they feel compelled to share this wealth and answer every prospect’s question. After all, they were trained to impress the prospect with their boundless knowledge and expertise. However, let’s say the salesperson is demonstrating accounting software for a professional services firm. Anne, the prospect, asks a seemingly harmless question.  “John, can we override invoices in your system?” Now since John’s software can do this, he puffs his chest and proudly responds, “absolutely, in fact the flexibility we offer is second to none!” Anne then answers, “That is going to be a problem, because we want to prevent people from going in and overriding the system. That is the reason for all of our problems!” Instead of impressing the Anne, John just got boxed in. What would have been more effective? If John had followed up with a question in order to understand the underlying intent of Anne’s question.  Once Anne clarified the reason she was asking, John could have then tailored his answer and had a more positive outcome.

4. The salesperson is always in follow-up mode: The salesperson finishes the demo, and gets the proverbial, “why don’t you send a proposal and follow up with me in a couple of weeks”. The prospect just put them in follow-up, otherwise known as chase mode. The salesperson thinks it’s the way of the world. There is another point of view on this. Harvard University recently completed a study with B to B buyers and found that 75% of the time, prospects have decided who to go with prior to a proposal being delivered. And 45% of the time they have decided who they will select before the buying process has even begun. What does this research reveal? That the salesperson should be able to get a decision from the prospect as soon as the demo is completed, prior to a proposal being sent, up to 75% of the time!  Here’s the reason why the salesperson can’t do that now:

5. The salesperson doesn’t run an adequate discovery process.  When a prospect agrees to a demo, the salesperson usually gets so excited that they conduct the demo without uncovering the problems the prospect wants solved, the goals they might have, the people involved, or the money they are willing to invest.  As a result of not having this information prior to the demo, not only can’t they close, but the demo itself is not as effective as it could be.  They missed their one big opportunity. The salesperson is left to throw the kitchen sink at them and overwhelm them with features and functionality! Running a strong discovery or pre-discovery before the demo will help solve these problems.

Learn more about how to succeed at giving sales presentations with this podcast!

Learn how a few small adjustments to your meeting, planning, and execution tactics can bring an increase in focus and productivity. Get your FREE copy today >

Video: Sandler Rule #46: There Is No Such Thing as a Good Try

Sales Training and Golf: A Lesson in Repetition